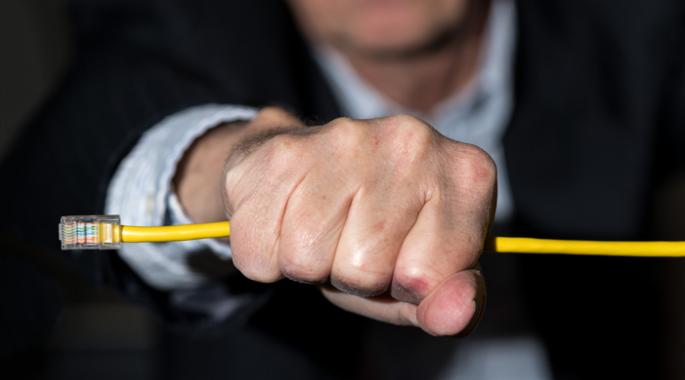 Note: The legal analyses of FCC regulations presented in this article are for informational purposes only and should not be construed as legal advice. Interested parties are strongly advised to consult with legal counsel prior to undertaking any action based in whole or in part on the analyses included in this article.

The Federal Communications Commission (FCC) regulates the activity of cable companies, other video services providers and telephone companies within residential and commercial multiple dwelling units (MDUs). There are FCC rules governing the disposition of cable home wiring used within an MDU to serve an apartment after the cable company ceases to serve the resident (Rule 76.802).

In addition, FCC rules ban common carriers from entering into or enforcing agreements with a building owner who restricts the right of the resident to obtain common carrier services (e.g., telephone service) from an alternative provider (Rule 64.2500), and prohibit cable companies and other video services providers from enforcing or executing contractual provisions that grant them the exclusive right to provide any video programming service (alone or in combination with other services) to an MDU resident (Rule 76.2000). The purposes of these various rules have been to promote resident choice in its selection of communications service providers and competition for subscribers in MDU environments.

On Feb. 15, 2022, the FCC promulgated additional regulations intended to promote those goals. By Report and Order and Declaratory Ruling (Report and Order), the FCC expanded this regulatory scheme (i) to clarify that the sale-and-leaseback of cable home wiring is and has been subject to prohibition by FCC regulation; (ii) to ban exclusive revenue sharing agreements; (iii) to ban graduated revenue sharing agreements; and (iv) to require the disclosure of the terms of exclusive marketing agreements to residents. The nature and scope of each of these actions are described below.

1. The Ban on the Sale-and-Leaseback of Home Wiring

(a) The Ban. A “sale-and-leaseback arrangement” is any arrangement whereby a video provider already serving the building conveys its inside wiring to the property owner (by sale or other vehicle) and then leases it back on an exclusive basis. The FCC finds that sale-and-leaseback arrangements that deny residents the opportunity to exercise their rights under Rule 76.802(a)(2) are prohibited. Those Rule 76.802(a)(2) rights include the right of the resident or the building owner to buy the cable home wiring at replacement cost when the resident terminates the video service provider’s service. Cable home wiring is the wiring within the resident’s unit to a point 12 inches outside of the unit and, in addition, the wiring extending from this 12-inch point to the junction box if this wiring is behind sheetrock or another permanent barrier.

(b) Retroactive Application. As this is an interpretation of existing rules, and not the creation of a new rule, this ban applies retroactively; in other words, even though you might not have interpreted the FCC Rule 76.802(j) to ban the practice, that is how the FCC reads it, and this newly declared prohibition has thus existed since the rule was adopted in 1996. The FCC recognizes that this interpretation will catch almost everyone off guard and, to be fair, will focus its “scrutiny on sale-and-leaseback arrangements entered into after the Commission began examining this practice [on June 23, 2017], [and]… will forego focusing on arrangements made prior to this time.”

(c) Covered Entities. This interpretation is of Rule 76.802(j), which applies only to cable company and other multichannel video programming distributors (MVPD). Accordingly, this interpretation of the rule does not extend to common carriers (except if they provide video program services) or internet service providers (ISPs) who are providing residents with just internet service and applications run on the internet (such as Voice-over-Internet Protocol [VoIP] telephone service) but not multichannel video programming service. Similarly, as an apartment building owner is not a cable company or an MVPD, it is not subject to this rule or the enforcement of this rule.

(a) Ban on Exclusive Revenue Sharing Agreements. The Report and Order bans cable companies, other MVPD providers and common carriers from entering into or enforcing agreements with building owners in which the provider offers the building owner consideration in return for the provider obtaining access to the building and its residents, on the condition that the building owner not accept similar consideration from any other provider. The FCC already bans exclusive access agreements and found that exclusive rev-enue sharing agreements are anti-competitive and amount to de facto exclusive access agreements. This ban is limited to the provisions in an agreement that create the banned right and is not intended to render the other provisions of whole contracts unenforceable.

(b) Ban on Graduated Revenue Sharing Agreements. The Report and Order bans cable companies, other MVPD providers and common carriers from entering into or enforcing “tiered” or “success-based” agreements, in which the provider pays the building owner a greater percentage of revenue as its penetration in the building increases. The FCC found that these agreements are anti-competitive and amount to de facto
exclusive access agreements because they discourage competitive entry to apartment buildings and circumvent the prohibition on exclusive access agreements. This ban is limited to the provisions in an agreement that create the banned right and is not intended to render the other provisions of whole contracts unenforceable.

(d) Covered Entities. These bans apply to cable companies, other MVPD providers and common carriers. These bans do not apply to apartment building owners or ISPs who do not also provide multichannel video programming service.

3. The Requirement to Disclosure the Terms of Exclusive Marketing Agreements to Residents

(a) Definition of Exclusive Marketing Agreement. The FCC defines the exclusive marketing agreement as an arrangement, either written or in practice, between a building owner and a cable company, another MVPD or a common carrier that gives the service provider, usually in exchange for some consideration, the exclusive right to certain means of marketing its service to residents. The Report and Order does not ban them but requires the provider to disclosure them to residents.

(b) The Duty to Disclose. The FCC will require the service provider to disclose that it has the right to exclusively market its communications services to residents in the building, that such a right does not mean that the provider is the only entity that can provide such services to residents, and that service from an alternative provider may be available.

(c) Where Disclosures Must Be Made. The disclosures must (1) be included on all written and electronic marketing material from the provider directed at residents or prospective residents; (2) identify the existence of the exclusive marketing arrangement and include a plain-language description of the arrangement and what it means; and (3) be made in a manner that it is clear, conspicuous and legible.

(e) Covered Entities. This disclosure requirement applies to cable companies, other MVPD providers and common carriers. It does not apply to building owners or to ISPs who are not also providing multichannel video programming service.

4. How to React to These New FCC Pronouncements

The FCC recognizes that its actions are upsetting established contractual expectations. To provide building owners and providers with time to resolve the resulting confusion, the FCC has deferred the effectiveness of these constraints on the enforcement of existing contract provisions until 180 days after the Report and Order is published in the Federal Register. During this time, we would expect to see how the providers and building owners establish new practices to adapt to these new rules.

It is suggested that you promptly identify your agreements that are affected by the bans and disclosure requirements. It is not recommended to put much focus on the exclusive marketing provisions of the contract, as the FCC confirmed that the requirements to disclose exclusive marketing agreements imposes no obligations on the building owner. Instead, you should focus on exclusive and graduated revenue provisions and, for contracts executed after June 23, 2017, wiring sale-leaseback agreements. Agreements you have with broadband internet service providers (who do not bundle common carrier or video services) are not subject to the bans. It is further suggested that you contact your counterparty providers soon so that discussions can be held. You cannot unilaterally resolve the contract issues the FCC has created.

These bans are only on the enforcement by the regulatee of certain provisions. The FCC envisions that the remainder of the contracts containing these provisions will be unaffected, but that may not be the case in many situations. In some cases, the provider may be relieved of its duty to pay the building owner because the provider is barred from enforcing the exclusivity associated with the payment. In other cases, the unenforceability of a provision could go to the heart of the agreement, rendering the whole agreement void or voidable. These are issues of state contract law, and there is considerable variability from state to state in how courts treat such contract issues. There may be an argument under state law that as long as the building owner honors the exclusivity provision, the provider has to make payments it agreed to make for that provision.

Generally, the FCC enforces its regulations through consent decrees (which are voluntary) and imposing monetary forfeitures on those who violate its regulations. Forfeiture proceedings under 47 USC 503 cannot proceed against a “non-regulatee” building owner until it has received a citation and it continues the violation after the end of the notice period in the citation. Section 503 contains no language authorizing the FCC to assess a forfeiture against those that aid or abet a rule violation.

In short, building owners appear to be insulated from the requirements of the Report and Order and voluntary compliance with banned provisions appears not to be prohibited by the rules, but it cannot be said how the FCC’s enforcement regime for these bans will roll out or evolve.

Thomas J. Dougherty Jr. is an attorney with Fletcher, Heald & Hildreth, PLLC, which is a law firm specializing in communications regulation.